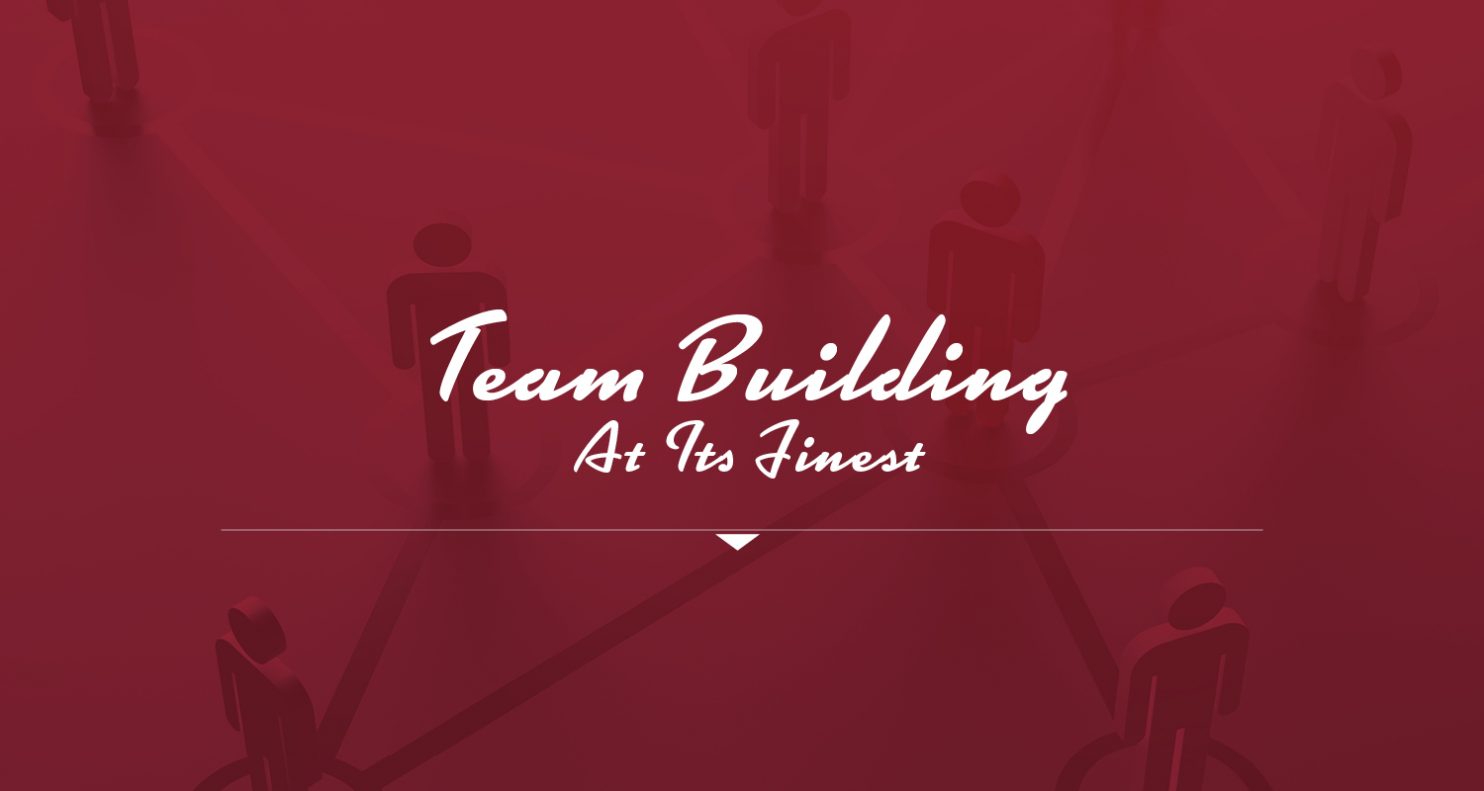 Team Building at its Finest

“Team building exercises are pointless and even insulting to your team members, because they suggest that if only your team members spent more time doing silly things and solving group problems together, climbing trees and rolling around on the floor they would work more effectively together the rest of the time.”

When I asked Rick Suarez, the President of MasTec Network Solutions his thought on that quote he said, “I think that this is the typical response from someone that is a backseat driver and yet doesn’t want to drive. Many companies have a team building component to all their annual meetings. It is simply meant to be an ice breaker for people that don’t get to see each other but maybe once or twice a year. Those exercises help get people moving and working together and are especially effective prior to break out sessions where they’ll have to work together to problem solve.”

Who is right? Perhaps they both are.

I recently had the opportunity to attend an Escape the Room Event at a gaming conference with my oldest son. They provided a fifteen-minute Escape the Room activity. I signed up with two other people, a father and son. This was an unusual experience because we were strangers who happened to be at the same place at the same time and wanted the same experience. We listened to the instructions. The final instruction was to pick up the magic wand and say the secret escape phrase once you figured it out.

The father then informed me that they had tried to escape the room the day before and had failed. He also said that there were hidden clues that had to be found before you could solve the challenges. That was the end of our conversation.

We were allowed into the room. Without discussion, we each took a different corner of the room and started hunting for clues. We collected the clues on a central table. The father announced we were short a clue. The son started putting the clues with the correct activity. The father continued to look for the last clue. I immediately went to solving the challenges with letters. Once the son completed his task, he went to solving the activities with chains and locks. Once the father located the final clue and matched it with the correct challenge, he went and started tackling the challenges with numbers. When I had completed all the activities with letters, I looked up to survey what my teammates were doing. I figured out the phrase. However, I was the furthest from the wand. I instructed my teammates to pick up the wand and say the secret phrase. The son did as instructed. We escaped the room with five seconds remaining.

Now that did not feel like what I would have expected a team building activity to feel like. So, I asked the person leading the activity what she thought about our team’s performance. She said most groups come into the room and they all work together to solve each activity. There is simply not enough time for that kind of collaboration.

This proved what I have always known… teams are most successful when everyone is playing in their strength zone, seizing opportunities as they present, working on projects that interest them the most, and staying away from their limitations. Open and honest dialog in this space ensures teams are maximizing their potential. However, only once trust has been established can open and honest dialog take place.

It has also been my experience that disconnected workforces result from breakdowns in that same trust. Breakdowns in trust occur when there is a breakdown between what is expected and what is delivered. Often, unrealistic expectations or inefficiencies in the processes lead to the gap. However, team members all too often blame each other for the gap, destroying trust.

Thus, it is vital that the objective of any team building exercise is to get people talking, sharing ideas, and learning about each other’s strengths and weaknesses, so that when a task needs to be assigned, it can go to the team member who will most effectively handle it.

Team building exercises should work to develop a team identity, a shared mission, a common vision, and a collective value system that leads to an understanding of how the team will treat each other. Above all, team building activities should develop trust among and between the members so when a gap occurs between expectations and delivery, teammates will have faith all the members are working in the best interest of the company, and that before they look to blame the people, they will look at potential breakdowns in the process and any underlying unrealistic expectation that might have led to the gap. That is team building at its finest!